Poetry is at the heart of our work - off the page, performed, interpreted in music, sound, art or dance. Alarms and Excursions is proud to break new ground in poetry and spoken word, either by performing our own work or by championing those for whom we have the greatest respect. We prefer to go our own way, especially into uncharted territory.

Take a look below at our projects, grounded firmly in poetry!

December '21, we put together a new collaboration with the wonderful musicians from Ensemble26. Mark, Steve, Isabel and newcomer Esme Allman joined Ensemble26 regulars Tom Norris, Ellie Fagg and Eleanor Meynell in exploring poetry, spoken word, classical and contemporary music. The event included newly commissioned poetry from the team and Tom Norris's own composition, as well as old favourites - including Astor Piazolla's Oblivion and works by Mendelsohn. Great to be performing live again! 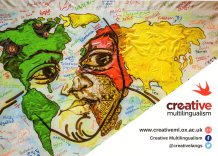 An Oxford University Initiative. Building on initial contacts with Lancaster & Sussex Universites, we were privileged to present at this conference in Birmingham City University over the weekend of 1st and 2nd February 2019, with a thought-provoking piece on the state of poetry on page and stage in the UK today. Find out more about this fascinating project by following the link here. 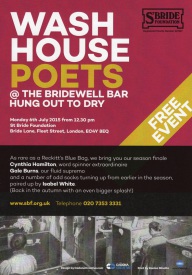 Alarms & Excursions founder Isabel curated the only monthly poetry & spoken word performance event in the City of London since the 1970s. This was presented in the former public baths at the St Bride Foundation. Having completed its third season, Wash House Poets has taken a break.

Wash House brought you the cream of the performance circuit, as well as exciting newcomers and the odd interloper. We hosted John Hegley, Michael Horowitz, Daljit Nagra, Jessie Pie, Phoebe Stuckes, Dudley Sutton, Tim Wells & many, many more. Find out who else by clicking on the programme link below. 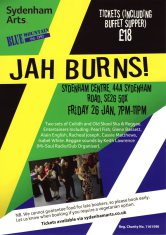 Not many people know that starving poet Robert Burns signed up for a job as bookkeeper on a plantation in Jamaica in 1786. He did not go in the end, but stayed to become a champion of underdogs everywhere - our kind of guy! (With two events under our belts, over 80 people turned up for Jah Burns - bekilted Colin from Guyana, Juan Pablo from Chile, Ida from Italy, our attentive Romanian waiter (thank you - I didn't catch your name - click on the image for the full menu), even people from Bethnal Green for goodness sake! (See the pics in our gallery).

After a barnstorming event in January 2016, the 2017 show sold out in 24 hours, this reprised event brought us new audiences...

With our friendly restaurateur Mel Nugent (Blue Mountain Cafe, East Dulwich) stirring the pot, we added a sprinkling of Tam O' Shanter from Alain English (the Scottish guy) Racheal Joseph and Isabel, songs from musician Glenn Bassett and dancing courtesy of the amazing ceilidh band Step Lively! Will ye no come back again? Aye we will!

You can see some of the images from both events here.

"A touch of magic at every corner. Tracey and I danced to the end of time and beyond all weekend after that!" 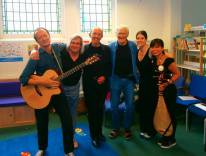 Marinade of the Ancient Rhymer

Ah harrrr Jim Lad - we've wrecked another Hesperus in St Leonards and Sydenham this summer with our new take on Coleridge's old potboiler, thanks to this 'Motley Crüe'. While some of the regulars are touring, stalwarts Irène, Robin and Isabel are here ably assisted by David Mosey (guitar), Graham Campbell (man in black) and Rosemary Yung (pipa). 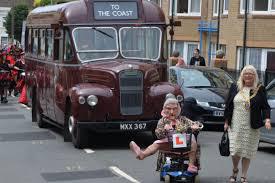 Return of the Codfather

As Part of St Leonards Festival 2016, we curated the poetry elements of the programme, including Return of the Codfather, a day by the sea for the fish (our charabanc of poets) leading the Grand Parade, followed by pop up poetry and spoken word all over town.

A key component of Flotsam were the workshops run by Will and Steve, the fruits of which were demonstrated at our main event in the Turner Contemporary in Margate.

2018 brought us a chance to build on the workshops we ran the previous year at Sydenham School, Sydenham High School, The New Generation Leisure Centre and the Riverhouse Arts Centre in Walton on Thames. Isabel ran the first of this year's programmes as part of the Spring Margate Bookie Festival, working with a dozen young people at the Turner Contemporary in Margate. (More workshops followed in Sydenham in 2019).

First Stop Darlington, a charity supporting young people who were homeless, substance abusers or with mental health problems. We worked with the service users and local photographer Helen Shannon on a major exhibition to mark the 10th anniversary of the charity.

Brendoncare, an old people’s charity based in the western home counties. We ran workshops and readings encouraging residents to tell their stories using poetry, spoken word and storytelling.