Put That Light Out 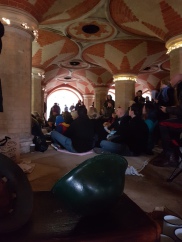 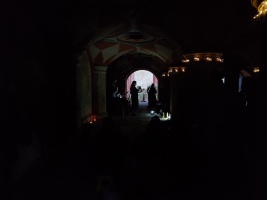 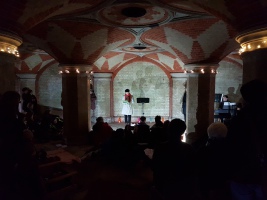 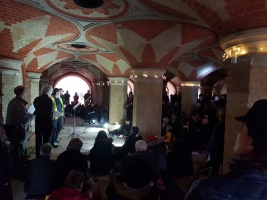 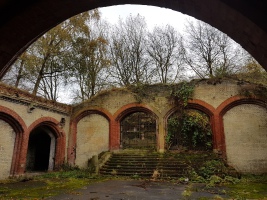 The programme was presented in one of London's most iconic spaces - the Crystal Palace Subway, the first time in over 30 years that a cultural event has taken place in this amazing venue. After a moving rendition of Britten/Sitwell's 'Still Falls the Rain', the silence was broken by the sound of approaching bombers; the highlight of the event being an improvisational tap dance by Irène, which you can see here.

After the air raid sirens were stilled, our wardens read out the safety instructions. For the duration of the raid we performed:

The Monstrous Regiment by Alice Coats, read by Racheal

To a Barrage Balloon by May Morton, read by Steve

A Rose by any Other Name by Kenneth Smith, read by Jazzman John

Point of View by R P Brett, read by Isabel

Evacuee Part 1 by Racheal Joseph, read by the author

Sonnet to Albert in a Pub on New Year's Eve by Madge Donald, read by Racheal

Dahn the Plug 'Ole by that old favourite ‘Anon’, read by Robin

Vera Lynn’s ‘Be Like the Kettle and Sing’ by Tommie Connor, Walter Ridley and Desmond O'Connor, sung by Louise

Securing a bunk – a local reminiscence by Jean and Alan (archives), read by Louise

AWAY AT THE FRONT

Love Letters of the Dead by Douglas Street, read by Graham

Me Old China by Steve Tasane, read by the author

Naming of Parts by Henry Reed, read by Robin & Isabel

The Lambeth Walk by Gay & Furber – limbering up with Irene, accompanied by Louise

Direct Hit – a local reminiscence by Jean and Alan (archives), read by Louise

The Chinese in London during the war, introduced by Steve

The Great Wave Breaks on the Shore by Hua Yanjun, played by Rosemary

Boxed In by John Clarke read by the author

Sonic Gift by John Clarke read by the author

For Johnny by John Pudney, read by Jazzman John

To a German Airman by Brian Gallie, performed by Graham

Killed in Action by Juliette De Bairacli-Levy, read by Racheal

Dreaming about the end of the War by Graham Campbell, read by the author

Vera Lynn’s When the Lights Go On Again All Over the World by Bennie Benjamin and Sol Marcus, sung by Louise

City of Benares – a family story by Isabel White, performed by Isabel and Racheal

We are grateful to Andy Stem of Bambino for the loan of props, to all our volunteers, Friends of Crystal Palace Subway and for Rachel D’Cruze, for being there! Research courtesy of the archives of the Imperial War Museum, Friends of the Subway and West Norwood Library.

If you have any queries or wish to make an appointment, please contact us via the contact form on the home page

Get social with us.